The Collectif Mentorat, an organisation bringing together the main mentoring actors in France, has been entitled to the implementation of a major mentoring plan in the country as a solution to the educational and health crises.
Written by Christophe Paris 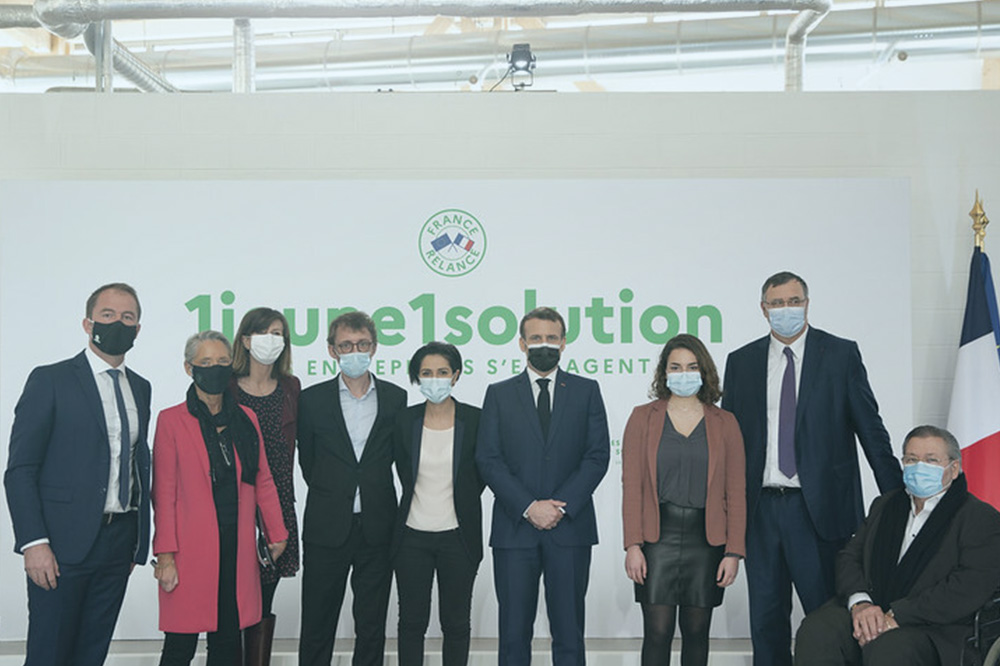 On the 1st of March, during his visit to a training school for industrial professions in the north of Paris, the French President Emmanuel Macron showed a strong commitment to mentoring in France. His objective was clear: to increase the number of young people in mentoring programmes from the current 30,000 to 100,000 by the end of 2021 and to 200,000 by the end of 2022. In this article, we take a thorough look at this announcement, which is particularly encouraging for the Collectif Mentorat.

This is the first time that a French President has taken up the issue of mentoring and highlighted the need to integrate it into a public policy. This is an extremely important step, the culmination of work strongly supported by civil society. The urgency for this action is evident. In France, mentoring is still not very well known and not very well understood, even though it has gained momentum and visibility in recent years. Emmanuel Macron’s position reveals the extent to which mentoring has taken hold in France and how it helps open up new perspectives.

Over the past several years, 30,000 mentors (high school and university students, employees, retirees) have supported 30,000 mentees (from primary schools to graduated students in professional insertion) each year. These activities fall under a simple understanding of mentoring, according to which a volunteer supports a child or young person with his or her educational endeavours in a transversal manner, adapting to the specific needs of a mentee. The idea is to journey together over a long period of time (at least six months), with the support of professional structures.


The importance of professionalism of the mentoring actors

Volunteer commitment is at the core of any mentoring program. But program success also relies on structures and professionals, some of whom have been working in mentoring for decades. To enhance mentoring, we do not need to create a new system from scratch; rather, we can build on our previous achievements while strengthening it with a new dimension (this latter component is still not so visible to the public). Today, the goal of supporting 100,000 and later 200,000 mentees announced by the President is ambitious but achievable thanks to structures – gathered within the Collectif Mentorat – which have the hindsight, the experience, the skills and the tools to scale up. Many of these structures, including employers and other stakeholders, are key social and economic actors. Universities, with their established student mentoring programs and strong links with businesses and society, could also become effective partners in this initiative. Their involvement will strengthen the Collective Mentorat; it will also help higher education institutions promote their mission to engage with and contribute to society.

The fact that the national government wishes to co-construct this new policy with mentoring actors is interesting both in terms of public policy priorities and as a real guarantee of success for the new plan. The State takes into account the expertise developed over the years by the players, being well aware that mentoring management cannot be improvised. Recruitment and training processes, matching between mentors and mentees, provision of tools and other aspects of a successful mentoring program are based on professional expertise, to which hundreds of employees in France now devote themselves on a daily basis. While many other initiatives have a top-down approach and focus on a single area (employment, housing, training, etc), the new plan favours horizontal linkages and is transversal in scope and in nature. This is good news, as mentoring is increasingly seen as a mechanism for promoting social cohesion and empowering individuals through strengthened horizontal social bonds and grassroot activism. Mentoring therefore is emerging to become a new tool to complement and advance existing public policies.

Volunteer commitment is at the core of any mentoring program. But program success also relies on structures and professionals, some of whom have been working in mentoring for decades.

As far as mentoring implemented by students is concerned, we will need a strong involvement of higher education institutions to recognise more systematically in the academic curriculum the skills developed by students mentors. AFEV has been working on this topic for 30 years, it is time to scale up in this field as well.

Since last year, AFEV is part of the EU-funded “Mentor Your Future” project that is aimed to create a Europe-wide methodology to support student mentoring programs in universities across the continent. This is another example of our diversified experience and our strong commitment to collaborating with different partners and stakeholders in mentoring programs, an experience that will contribute to the success of the Collectif Mentorat.

Based on this work and on our involvemets in other projects, we are qualified to make several recommendations on strengthening mentoring initiatives in higher education and on clarifying the role of universities in mentoring programs:

President, Collectif Mentorat (France)
Christophe Paris is the General Manager of AFEV, the first student mentoring organisation in France, which has mentored 200,000 children and young people at risk in its 30 years of experience. He is also the President of the mentoring collective (Collectif Mentorat).