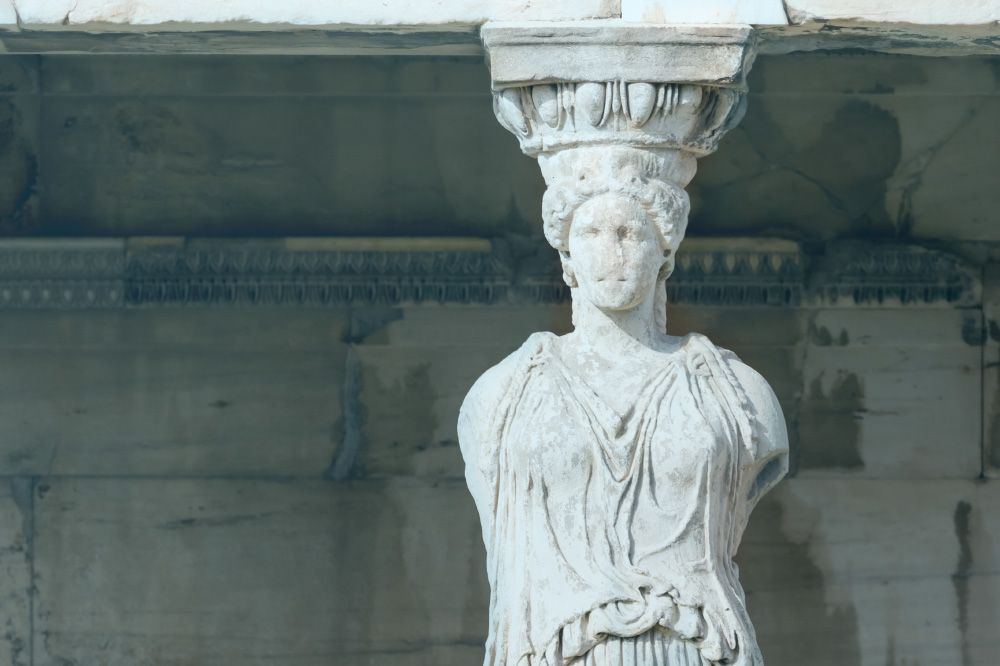 The face of the world changes as the wheel of time turns. The term "fourth industrial revolution" (4IR) is currently in the headlines, causing both enthusiasm and confusion. Higher education is all about transformation, driven by the tendencies of the fast-changing global environment. In this context, the COVID -19 pandemic has brought about one of the greatest disruptions of education systems in history, affecting approximately 1.6 billion learners in over 190 nations on every continent. The crisis is global, yet the approaches to handling it vary by country. The Greek paradigm demonstrates that in these turbulent times, challenges and possibilities coexist.

In the case of Greece, the efficient response to the COVID -19 crisis was implemented concurrently with the country's organised efforts to connect its universities to the worldwide academic universe to promote Greece as an international higher education destination. From this vantage point, digitalisation - a process hastened by the pandemic - might be viewed as an instrument for globalisation.

The Greek approach to internationalisation emphasises academic and cultural connections. It also recognises that the role of education must be reconceptualised to respond to contemporary issues in an interconnected world. As a result, Greek higher education strives for transversal programming and focuses on interdisciplinary programs based on cooperation and synergy.

The new law upgrades the quality of Greek higher education institutions and boosts internationalisation in various ways. Among other things, it stipulates that higher education institutes have the mission to foster cooperation with other educational institutions and research teams in the country and around the world. As a result, Greek universities will be more integrated into the European and international academic community. Furthermore, the new law (4610/2019) allows colleges to offer English-language undergraduate programmes, mainly directed primarily at international students, as well as to establish joint programmes with overseas universities using less complicated and much faster approval procedures. Indeed, an increasing number of Greek university departments are beginning to offer degree programs catered to foreign students.

The Greek approach to internationalisation emphasises academic and cultural connections. It also recognises that the role of education must be reconceptualised to respond to contemporary issues in an interconnected world.

The introduction of two undergraduate English programmes is one of the most recent and telling examples demonstrating the success of the new internationalisation strategy.

The National and Kapodistrian University of Athens (based in the School of Philosophy), in collaboration with the International Hellenic University, has created a four-year BA programme in Greek Antiquity taught in English. With the goal of attracting "global citizens," the programme offers international students a unique opportunity to study ancient Greek culture while experiencing firsthand some of Greece's most important archaeological museums and sites, such as the Athenian Acropolis and the Parthenon, Delphi, and Olympia. Importantly, the programme builds on the university's academic excellence in Greek Antiquity, complemented by broader learning opportunities through exposure to Greece's most important historical sites, artefacts, and resources. Such an approach not only enriches the curriculum but also helps to create a holistic, balanced learning experience. This is a good example of how a university can promote internationalisation by implementing a tailor-made, innovative programme for foreign students that capitalises on the institution's location and leverages its links with external stakeholders.

Another example is the English language Medical Degree offered by Aristotle University in Thessaloniki's School of Medicine. This programme is the result of collaboration between Greek and international research centres, and as such, it offers innovative learning experiences in medicine. Although AUTH School of Medicine is one of the most prestigious medical institutions in Greece, it has never had a course fully adapted to international students and taught entirely in English. Again, the school presents its curriculum as an opportunity to study medicine in the country where the field originated in the first place. As demonstrated in this case, a specialised professional programme that builds on global experiences and collaborations and targets international students can benefit from well-coordinated and wisely embedded "local elements". Discovering, developing, and integrating these elements naturally requires universities to be open, inventive, entrepreneurial, and engaged with external partners and stakeholders.


The Greek paradigm – Learning from the Past to Shape the Future

Greece's uniqueness in terms of higher education transformation and globalisation is rooted in the results-oriented dialogue between culture and technology. It should be kept in mind that this approach seems to deviate from the established paradigm of interaction between society, industry and technology. However, if the term "culture" is broadly defined, it undoubtedly encompasses all social and economic facets but is not limited to them. The Greek state and higher education professionals seemed to understand that culture is not a static entity, nor is it necessarily conservative. Rather, it evolves in accordance with the trends of modern civilisation and way of life. In this regard, it provides a unique and valuable lens through which to analyse the changing global environment. By blending the classical with the new, by merging tradition and innovation, more and more university departments in Greece are developing postgraduate courses that combine theoretical understanding and technical proficiency, with the aim of creating something new and useful, capitalising on the country's rich cultural heritage. In other words, the main goal of the Greek higher education system is to produce individuals who can appreciate and use the cultural achievements of the past to shape the future of society.

This emerging coupling of the world of ideas and the modern technological universe heralds Greece's new academic landscape and characterises the diversity of postgraduate programmes available to international students. Eighteen universities in the country offer more than 140 master's degree programmes taught in a foreign language (mainly in English), allowing international students to choose from a variety of disciplines - from theoretical subjects such as archaeology and classics to scientific subjects such as medicine, biology, physics and ecology, and to technological disciplines such as IT, computer science, engineering and telecommunications, to name a few.

The main goal of the Greek higher education system is to produce individuals who can appreciate and use the cultural achievements of the past to shape the future of society.

For the Greeks, International Academic Collaboration is the Key

It is fair to say that the Greek approach to the internationalisation of higher education is defined by its extroversion and collaborative spirit, underpinned by the mindset that underpins innovation in the pursuit of academic achievement. Two current initiatives illustrate this strategy in action.

1. The IAPP (International Academic Partnership Programme) in Greece, which aims to facilitate collaboration between Greek and US universities by fostering long-term synergies such as the development of joint and dual degree programmes, the participation of international students in a foreign language and summer programmes, and the exchange of students, scholars, and researchers. This is a high-impact program coordinated by the Institute for International Education of the Hellenic Ministry of Education and Religious Affairs and Study in Greece. It involves all Greek higher education institutions and 29 major US universities, including the members of the prestigious Ivy League.

2. The UK- Greece Strategic Partnership in Education Programme, launched by the British Council in Greece with the aim of fostering cooperation between UK and Greek universities. The programme is a collaboration between the British Embassy in Athens, the Hellenic Ministry for Education and Religious Affairs and Study in Greece. The aim of the programme is to engage universities in both countries in the development of synergies such as joint and dual degree programmes, academic mobility initiatives and other forms chosen by the partners. All Greek higher education institutions, as well as 61 universities in the United Kingdom, including many Russell Group institutions, have already expressed their interest in participating in the programme. In her speech at the program's launch event, Niki Kerameos, Minister of Education and Religious Affairs, referred to the reasons why the high-quality courses offered by Greek Universities provide fertile ground for partnerships with universities in other countries, including the United Kingdom. She also referred to the advantageous timing as a result of the Greek Government' emphasis on extroversion and internationalisation of Greek universities.

Greek universities will benefit in many different ways from the government-backed umbrella programs with other countries, such as those outlined above. These programmes promote academic mobility, enable the transfer of knowledge and best pedagogical practises, expand opportunities for world-class university research, and strengthen the reputation of Greek universities. They also contribute to the promotion of international partnership initiatives and projects in science and research and facilitate the development of a more open, innovative and collaborative global higher education system.


Study in Greece. At the Forefront of the Greek Academia's Renaissance

It is clear that the transitional period we are in is driving change and will have numerous implications for higher education. In order to maintain the level of excellence and remain competitive in the international education market, universities must constantly adapt and respond to new challenges by becoming more entrepreneurial and inventive. Study in Greece is an important expression of Greece's commitment to catalyse the development of entrepreneurial and forward-looking higher education. With the full support of the government, the initiative brings together members of the Greek academic community in a concerted effort to promote internationalisation in Greek universities. For the first time in the history of Greek higher education, Study in Greece prioritises internationalisation as a central strategy. The following aspects are worth mentioning.

First of all, Study in Greece is a unique information centre that covers the entire Greek academic sector by providing information on scholarships, educational and research activities, short-term programmes, educational fairs, international distinctions of Greek academics and scholars, as well as practical information on housing, insurance, and student communities. It is worth noting that Study in Greece places a strong emphasis on promoting Greek university programmes (undergraduate and postgraduate) aimed at foreign students and taught in English or other foreign languages.

Furthermore, Study in Greece encourages and promotes networking between the Greek and international academic communities. It also provides practical and technical advice to universities, researchers and students on a variety of topics, ranging from IT to housing. Study in Greece is the official representative of all Greek universities at international educational fairs, in addition to organising educational events such as Study Abroad programmes, Summer and Winter Schools and Cultural Heritage Programmes with the aim of attracting international academics, researchers and students to Greece and reshaping higher education through the lens of entrepreneurship and innovation. The primary goal of the short-term initiatives is to give a significant boost to the local economy through academic tourism, as well as opportunities for more stable relationships, the development of synergies and joint initiatives, and the implementation of cooperative research programmes between Greek and international institutions and academics.

Greek higher education is constantly evolving and always ready to adapt to the rigorous global academic framework, thanks to a shared vision and concerted efforts of the government, academia and stakeholders. Greece, the birthplace of Western Civilisation, is well on its way to developing the capacities that will enable it to forge effective responses to new challenges, leveraging its classical past as much as its technological present and future.

Greece internationalisation innovation
About the author

Director of Academic Affairs, Study in Greece
Theodoros Papaioannou earned a Master's degree in Philosophy and Sociology in France. His PhD dissertation, which explores the impact of the Internet on Greek society, is a an avant-garde research that combines philosophy, technology, anthropology, and sociology. In addition to his professional writings, he has authored a book of poetry and a novel. In 2019, he joined Study in Greece as the Academic Affairs director.