The next generation of European higher education internationalisation may be defined by the European Universities Initiative. Three scenarios provide insight into what that future may look like.
Written by Jessica D. Schüller 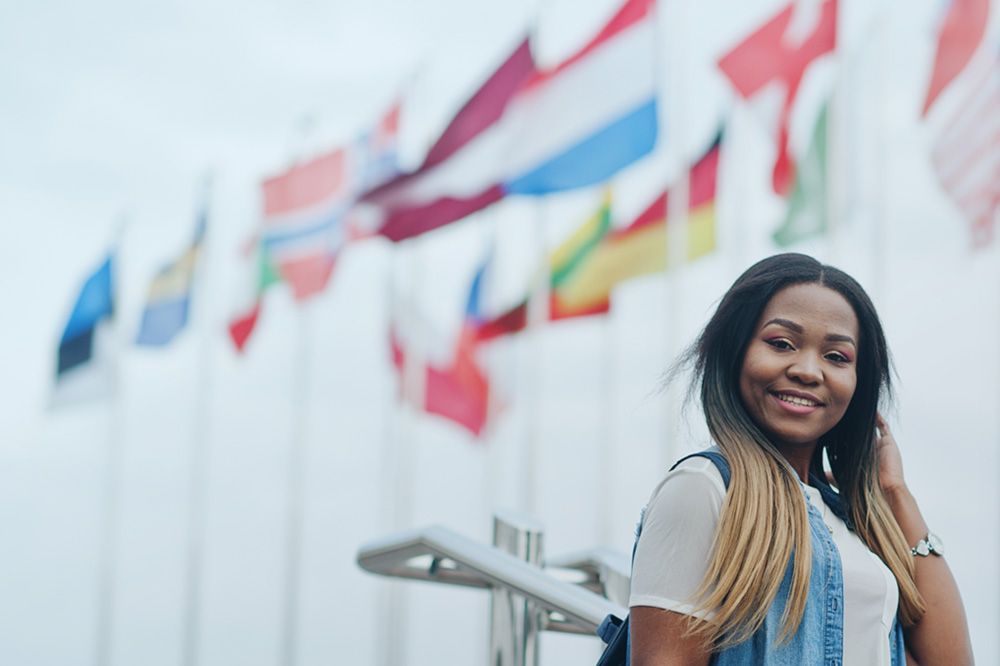 Europe in the last decade saw an increase in political instability, a rise in right-wing populism, and an increase in migration flows. In unstable political and social times, European leaders have called for EU-wide measures that promote social cohesion, integration and equality across the continent. In the realm of higher education, the European University Initiative (EUI) is the new flagship program for the internationalization of higher education across Europe. EUI will create and fund ‘European Universities’, which are strategic, transnational partnerships that promote European values and identity, contribute to quality assurance, and enhance the competitiveness of higher education in Europe (European Commission, n.d.).

Cross-border education collaboration and mobility are not new to Europe, which has long participated in creating strategic alliances, knowledge partnerships, and joint programs. The European Education Area was the first vision implemented that focused on converging national higher education systems through measures such as the Bologna process, the European Qualifications Framework, shared quality assurance and the European Credit Transfer System. The second vision went beyond shared standards, including university consortia, joint and double degrees, and transnational research networks. The third and current vision emphasizes taking borders out of transnational collaboration by creating new institutions detached from existing national territories with the European Universities Initiative through competitive funding and diversification.

The European University Initiative represents a new paradigm for international higher education in the EU. The European Commission appears to see EUI as the ultimate higher education endeavour and a long-term strategy, resulting in high expectations for the initiative (Estermann et al., 2021; European Union, 2019a). In 2017, French President Emmanuel Macron called for the creation of European Universities in his speech about the future of Europe (Hutgens & Conemann, 2018). Following his call to action, the Gothenburg Social Summit 2017 resulted in the European Council recommending the creation of 20 ‘European Universities’ by 2024. Arguably, the EUI builds on attempts to create a transnational institution dating back to 1955 (Orr, Unangst, & de Wit, 2019). Despite early failed attempts and similar existing university alliances, the original idea for a “European University” remained untouched (Orr, Unangst, & de Wit, 2019).

With such long-term changes to the structural procedures in European higher education, it is important to understand the implications and impact of the European University Initiative – planned or consequential.

In this scenario, the European University Initiative is focused on supporting existing partnerships and networks with better funding to ensure their success. The European Universities in the EUI are therefore viewed as glorified strategic alliances. These often previously established strategic alliances and partnerships (e.g. AURORA and Una Europa) are elevated through EUI funding. The EUI is simply an additional funding source for alliances that already existed or for consortia with already well-funded universities. As Claeys-Kulik (2019) stated:

“If too much funding was to be concentrated on a few alliances, this could hit resources in the higher education and research system. A ‘Matthew Effect’ of giving more to those who already have more should be avoided, as it will not help to close the innovation gap within Europe.”

Either way, in this scenario EUI is not funding completely new alliances, but previously existing alliances and sometimes, already well-funded institutions.

The European University Initiative is focused on a convergent internationalization of all universities. The adaptation of the model throughout Europe sparks a new status quo in higher education, as participation is inevitable because of marginalization of non-involvement. The EUI becomes the model for all universities in Europe. Through forced participation, smaller countries and institutions are integrated into the EHEA. Simultaneously, mediocre partnerships rise which make themselves fit to EUI standards with little substance behind the strategy or mission of the consortium. A systemic homogenization and convergence occur concurrently with negative consequences, especially for smaller or regional universities with specific missions, who are forced to adapt to their EUI consortium context. The University of Tartu will become less distinguishable from the University of Naples. On the other hand, some argue the EUI will result in creating a “truly European university model” (Bromme & Oliver, 2019). A recent report by the European University Association (EUA) found that some EUI see themselves as front-running “’format’ builders” (Estermann et al., 2021, p.16). This goal to create a new format or model, as the EUA report shows, is also reflected in some EUI mission statements (Estermann et al., 2021, p. 17). However, such a one-size-fits-all model has the potential to deteriorate institutional diversity in European higher education.

Expansion of international partnerships in higher education is often blindly assumed beneficial for an array of stakeholders. Existing research shines a positive light on the internationalization of higher education, but critical perspectives are emerging. This section outlines several potential overarching consequences and implications for the European University Initiative based on the scenarios presented.


Use of EUI for national reforms

The first is loosely based on the Bologna implementation experience, as it was used to pass national reforms and is still not complete, nor are the involved processes seamless. The same situation could occur with the EUI. It may drive both Europe-wide and institutional and national reforms and/or push for progress on Bologna-era remnants, such as automatic degree recognition or simplified credit transfer (Claeys-Kulik, 2019). Some interpret the EUI as the EU, using its power to interfere in national education policy formation. Besides potential overreach, societal dissatisfaction with structural changes is a risk, as in some countries after Bologna.

Intra-institutional inequality may erupt and cause issues in institutional management. In the three scenarios, inter-institutional relationships play a key role, referring to the faculties, departments or administrative offices within the EUI institutions. Some of these will benefit from the EUI consortium, and others will not be involved or may even risk losing significance or funding due to shifting priorities–financial or otherwise. Since micro-level issues and systemic issues influence each other, awareness of the interplay is key.

The EUI risks increasing educational inequality. With increased funding to a select number of institutions, less funding may be available to universities with students predominantly from less-advantaged backgrounds. This leads to a concentration of top talent at a few institutions and the quasi-reemergence of elite higher education. The EU nor national governments have addressed the elevated costs involved in studying on a high-mobility program. If students are expected to move frequently, moving costs and differing living expenses make planning difficult and may become a burden for economically disadvantaged students. If solutions such as scholarships are not created, the EUI may become elite institutions–beginning with a student body unrepresentative of the local population.

If students are expected to move frequently, moving costs and differing living expenses make planning difficult and may become a burden for economically disadvantaged students.

The international competitiveness of European higher education does not automatically mean increasing access to the European population. Instead of increasing social cohesion within and between EU Member States, the EUI may inhibit social cohesion and further isolate the non-university educated population from the university-educated, highly mobile population. Especially if an increased amount of non-EU international talent are recruited, anti-immigrant sentiment and a general distrust in universities may increase amidst an enlarging knowledge-based society and shrinking blue collar employment opportunities. EUI institutions need to strengthen their third mission, for the future of the individual countries and for the European Union. Efforts to serve the greater public are no longer optional, but a necessary part of each European University.


The question of a European degree and curriculum

Some argued that there needs to be a European degree instead of a national degree (Kaplan, 2018). Uneven implementation or an ununified curriculum may be an issue. Others have said that curriculum should be distinctly European and courses on European authors and on the EU should be mandatory at EUI institutions (Kaplan, 2018). The question of a “European degree” would be an appropriate one for EUI universities to address in upcoming summits. This means more convergence and measures to inhibit excessive homogenization need to be addressed.


Applicability of international rankings to the EUI

The EUI has many focuses, including international university rankings, such as Shanghai (Kaplan, 2018). However, it is unlikely that any EUI alliance will be seen as a whole in international rankings. Editor of the THE World University Rankings, Phil Baty, stated that “It is very unlikely that we would treat such a consortium or alliance as a single entity—we tend to look at the legal entity when considering how to rank organizations” (Bromme & Oliver, 2019). Therefore, it remains unknown if an EUI can be ranked and thus, if competitiveness can be improved. This applicability extends to other areas of higher education governance, most notably accreditation and quality assurance.

The European University Initiative is set to shape European higher education in the next decade. It offers a way to integrate and internationalize while respecting local and structural differences in higher education. The question remains if the EUI will unite, divide or diversify the European higher education landscape. The three scenarios presented show potential negative consequences if remained unchecked by policymakers, universities and key stakeholders. Institutional isomorphism is already occurring, but might be potentially enlarged by EUI, leaving little room for non-internationalized universities. It is critical to not only design policy that creates EUI universities but also measures ensuring non-EUI universities can stay competitive. This would allow for mission diversity and an overall differentiated higher education system.

The future of European higher education relies on institutional diversity to meet the needs of a diverse population.


Europe has traditionally been strong in experimenting with alternative models of cooperation, and often these models were proven successful and adopted in other regions or globally. However, if the EUI divides universities into two categories, with exaggerated differentiation between them, there may be increased vertical diversity, resource dependency, and institutional isomorphism at levels not yet seen. However, if all goes well, there may be an improvement in interrelationships among European institutions that work on mutual missions for shared goals and fight to improve social cohesion along the way. If attention is given to expanding and developing the functions, diversity, and differentiation of European higher education with the EUI, and unintended consequences are avoided, a united, diversified, an equitable European higher education system is possible.

European Union. (2019a). European Universities. Why? A Presentation on EUI. https://ec.europa.eu/education/sites/education/files/document-library-docs/european-universities-info-session.pdf