With the continuing interest of competition regulators in the work of universities and the never-ending debate about whether university students should or should not be thought of as consumers, it is always entertaining to see how shopping and studying can indeed overlap. Putting students as consumers in the centre of the higher education landscape is now coming to pass in perhaps unexpected ways.
Written by Paul Greatrix 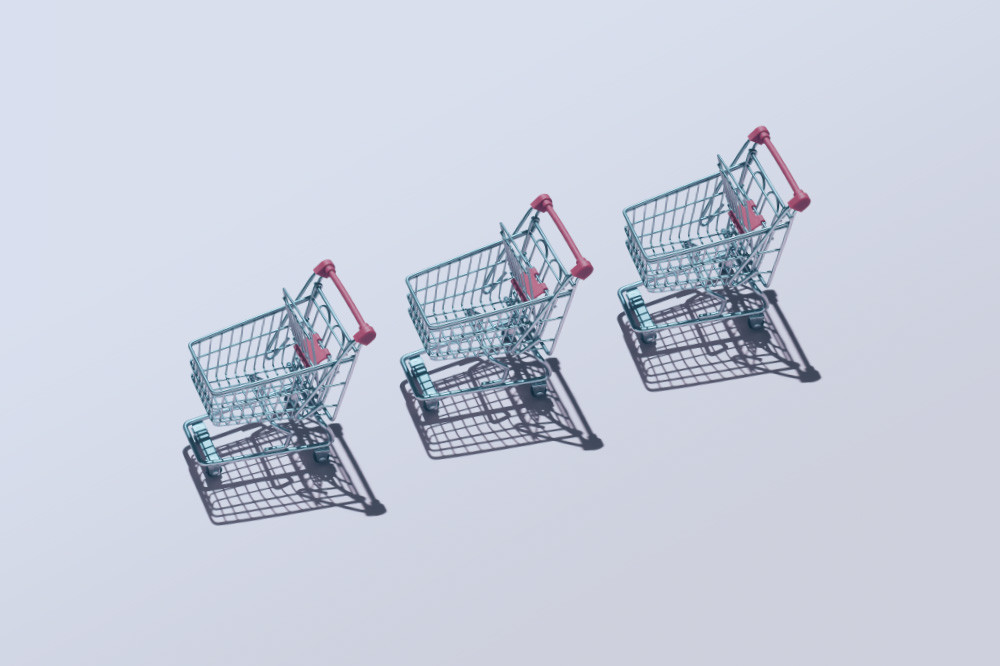 It has been really interesting to read recently that the University of Gloucestershire is to take over the Debenhams in Gloucester city centre: 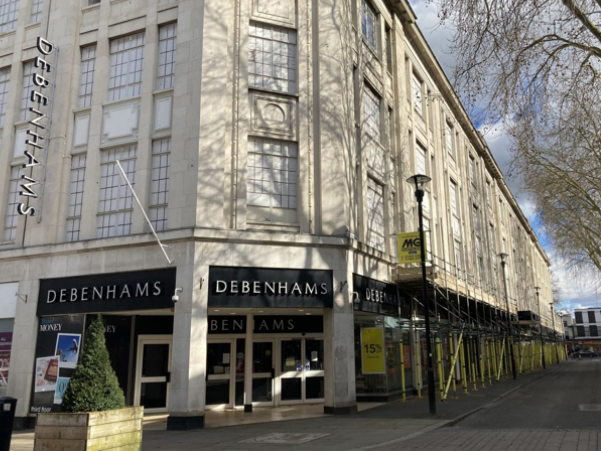 “The University intends to fully refurbish the 1930s Art Deco building, offering some 20,000 square meters of space on five floors. This will create attractive, modern spaces for teaching and learning for students and staff, accommodating the University’s ambitious plans to expand the scale and range of its higher education programmes. The University will review which combination of courses should be located in the building, with the University’s rapidly expanding programmes in nursing and allied health among the options being explored.

The University will also explore options for working with local partners to allocate part of the ground floor space for dual-use facilities for the community and the University, offering city-centre access for the public to services. Potential dual-use services might include learning, wellbeing, enterprise and culture.“

This kind of development will undoubtedly help the local post-Covid recovery in the city and looks like a really stylish building too. The university has therefore, as its Registrar Matthew Andrews put it in a recent blog, literally bought a shop window, which will enable them to open the life of the university to a broader public. It’s the very opposite of an ivory tower and brings the university to the heart of the community, offering learning, enterprise and culture to the people of the city.

As Andy Westwood noted on Twitter, Wolverhampton University nearly bought the former Beatties store in Wolverhampton. However, it seemed it was too expensive to refurbish and is likely to be turned into flats now. 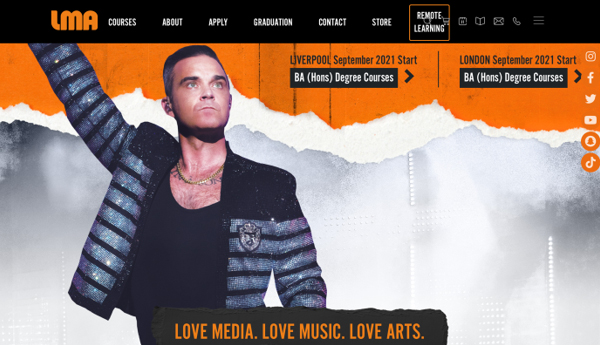 Meanwhile in Liverpool, the LMA (or Liverpool Media Academy, "co-owned by global superstar ROBBIE WILLIAMS") is reported as being due to take over part of the Met Quarter shopping centre following the approval of plans which will see it move in above a range of high end shops in some difficult to let space in the city centre.

Of course, they doing things a bit differently in the US and one institution, Austin Community College, seems to have redeveloped most of a very large shopping mall and is experimenting with a new kind of learning space it hopes will help learners engage and find support services:

“The college has transformed 32,000 square feet of the mall, once a J.C. Penney store, into a sleek, open-plan learning lab, with wood accents and an exposed ceiling to round out the contemporary vibe. Shared workstations with more than 600 desktop computers fill out the space. The rest of the mall and the surrounding area, which the college also owns, has or will soon be redeveloped into academic incubators, office space, apartments and retail shops.

The new space gave ACC room to transform the way it teaches developmental math, drawing inspiration from Virginia Tech. The university turned a discount department store into a massive computer laboratory for developmental math education and overhauled its own courses for the new format. Called the Math Emporium model, the bulk of the instruction is self-paced and uses adaptive learning software, saving the institution costs on instruction. Students can flag down one of several tutors on hand if they need help with a problem.”

The idea is also that the presence of the college will help shops struggling to compete with online retailers as students with disposable income need shops to go to after their classes. Apparently ACC similarly hopes to revitalise the area around this mall and other outposts by partnering with a developer to turn the remaining space into apartments, offices and shops. In addition:

“The college also plans to open another wing of the mall next year that will include a workforce development center replete with a makerspace and equipment for advanced manufacturing, as well as a media center, performing arts space and student-operated restaurant.”

Who knows if we will see anything on this scale in the UK but the innovative and entrepreneurial Gloucestershire approach addresses a number of key aspects of what the UK government sees as its ‘levelling-up’ agenda, including regeneration of the town centre, supporting local jobs and enhancing educational attainment.

There have been many suggestions that the high street is dead, and many questioning the future of the campus-based university experience but it really looks like there is a shared set of possibilities here and this is an example of how UK institutions can really play a major role in helping regenerate towns and cities.

This contribution to civic life is realised in different ways. For example
In Nottingham we have the Universities for Nottingham initiative, a pioneering collaboration between the University of Nottingham and Nottingham Trent University bringing together the civic missions of the two universities. The institutions have teamed up to tell the story about their joint impact of on the local area, which includes:


One other important feature of 2017’s HERA was the encouragement to establish new ‘challenger’ universities which would provide genuine choice for student consumers. This has led to many smaller institutions being established in the past few years, some of them taking over shop premises to launch their novel higher education programmes. Many of these are therefore operating on a smaller retail footprint, including for example this institution I was reminded of by Mike Ratcliffe. 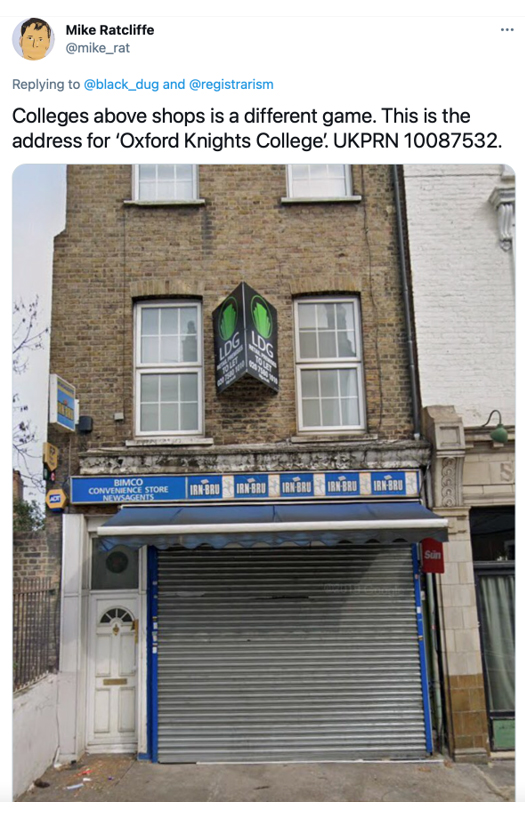 So some universities are taking over shops whereas others are operating over them.

I suspect there will be more examples of universities acquiring former retail outlets as the high street struggles to recover from the impact of Covid and it will be great to see how Gloucestershire's Debenhams campus shapes up and what other university and shop combinations emerge to contribute to levelling up and civic regeneration.

The original text of this article, published on the WONKHE website, was extended and adapted by the author for publication in ACEEU Spotlight.